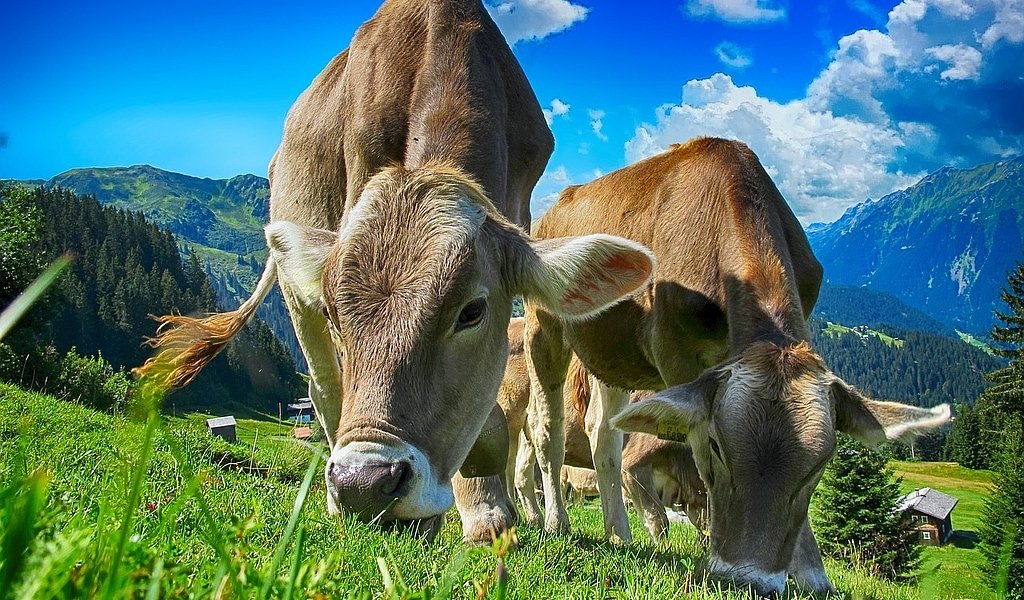 As you may know, I’m a big believer in the benefits of omega-3 fatty acids  and how important it is to incorporate as much of them as possible into your diet. They’ve been shown to help improve circulatory health, reduce inflammation, boost brain function, improve eyesight, increase muscle mass, aid with weight loss, and more.

However, in the modern diet most Americans end up consuming too many omega-6 fatty acids. While omega-6’s are necessary for proper health, most of us get far too much of it.

Ideally, we should be consuming these fatty acids at a ratio of about four-to-one (omega-6 compared to omega-3’s), a proportion that most likely developed as humans evolved. Unfortunately, that ratio has now ballooned to a whopping twenty-to-one. (1)

Most people are under the impression that eating more fish (especially the big, mercury-filled kind like swordfish) and less beef, pork and other meats is the only way to get omega-3’s into their diet. While there’s no doubt that ounce-for-ounce fish are going to be your best source of healthy omega-3’s, what most people aren’t aware of is how much omega-3’s are available in grass-fed animal products.

Why Are Commercially Available Meats Low in Omega-3’s?

Cows and other grazing animals, as well as chickens and pigs, have not evolved to consume corn, grain and whatever else they get fed in today’s modern “sweat shop” factories. Cows are fed soy and corn, rather than grass, to fatten them up faster.

Unfortunately, this diet has less protein and lower quality fats in comparison. The need for antibiotics among commercially raised cows is due in part to the fact that E. Coli is more common in grain-fed cattle.

Up until 100 years ago or so, these animals were naturally rich in omega-3 fatty acids because they were able to have free-range access to pasture.

Even though it’s been considered a staple food to many cultures for thousands of years, corn (or maize) is one lousy source of omega-3’s, having a hugely lop-sided ratio of 45 to 1 omega-6’s vs. omega-3’s. (2)

(With grains like corn being a major component of the modern-day lot-feed diet, it should come as no surprise that cows have so little amounts of omega-3 fatty acids in their meat and milk.

Why Do Fish Contain High Amounts of Omega-3’s?

The reason why fish contain so much omega-3’s is because they are basically “grass-fed” in the ocean: feeding on things like sea grass, plankton, algae and other sea vegetables.

A good example is wakame, which is a seaweed widely found in Japanese cooking. It has the highest amount of omega-3’s in any vegetable source, containing approximately an eighteen-to-one omega-3 to omega-6 ratio.

Because of a diet heavy in sea vegetation, oily fish like anchovies and sardines (and the bigger fish that feed on them) have been shown to posses the greatest levels of DHA and EPA, the two most beneficial forms of omega-3 fatty acids. Sardines provide some of the highest amounts of DHA and EPA, while containing the lowest amounts of toxins. (4) 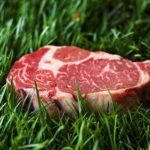 Even if you abstain from eating fish altogether, you can still have a diet rich in omega-3’s by consuming grass-fed animal proteins and vegetables with a high omega-3 content.

Lamb and Bison, for example, are normally pasture-raised and contain good amounts of omega-3, and chickens that are allowed to scratch and forage for grass, seeds, and insects yield eggs with high amounts of DHA.

Finding grass-fed beef and dairy products (which contains 3 – 6 times more omega-3 fatty acids than grain-fed beef) is now becoming much easier with the demand for more natural food sources and agricultural practices. In addition to the increase of omega-3’s in grass-fed beef, there’s also four times more vitamin E and higher levels of CLA, which has weight-loss and cancer-fighting properties. (3)

Naturally, the agricultural industry has become aware of the public’s increasing concern over healthy fats. Their solution to introducing omega-3’s back into these animals’ diets is by adding fish meal, which once again is not something they have evolved to eat.

Considering that the original cause of mad cow disease was attributed to feeding cattle the remains of other cattle in the form of meat and bone meal, you would be right to have cause for concern over such practices.

Besides animal protein, there are a number of plant-based food sources which contain healthy amounts of omega-3’s. These include tofu, walnuts, flax seed and chia seeds. Chia seeds in particular have an almost 3 to 1 omega-3 to omega-6 ratio, and can easily be added to recipes or shakes. (5)

The one thing to remember when consuming these vegetable sources of omega-3’s is that they actually contain alpha-linoleic acid (ALA) that is later converted into EPA and DHA inside the body. However, this process isn’t very efficient, only converting at about 20%.

If there’s one negative to eating grass-fed products, it’s the price, but the quality is definitely worth the extra expense. When you begin to concentrate on the quality of your food over the quantity, you’ll be healthier, leaner and acquire better eating habits overall. 1 thought on “The Grass-Fed Alternative to Fish”