Sooner or later, the balding process becomes a natural fact of life for most men, often signaling the shift between youth and older age. While some guys are lucky enough to make it into their 50s and 60s before hair loss takes over, others start going bald as early as their 20s, or even in their teens.

Not surprisingly, there are tons of men who are desperate to maintain their luscious locks for just a little while longer, while trying anything from supplements to hair plugs to treat the problem. Some of these options are better than others. The results for most require continued use, while many others are just plain worthless.

However, even with all of these treatment options available there’s still no permanent cure to the underlying cause of balding itself – until now, that is. With new stem cell technology, a cure for baldness may be closer than you think.

Most people lose approximately 50 to 100 hairs a day. While this might seem like a lot, it really isn’t, since new hair is growing all the time. However, in most men, this process slows to a stop at a certain point, leading to an eventual net loss of hair.

In general, balding in men is referred to as male pattern baldness. The exact cause isn’t really known, but it can be related to genetics and family history, medical conditions, or use of certain medications.

When follicles reduce in size, hair gradually becomes finer and falls out faster, eventually resulting in short, thin hair growth that doesn’t protrude through the skin. 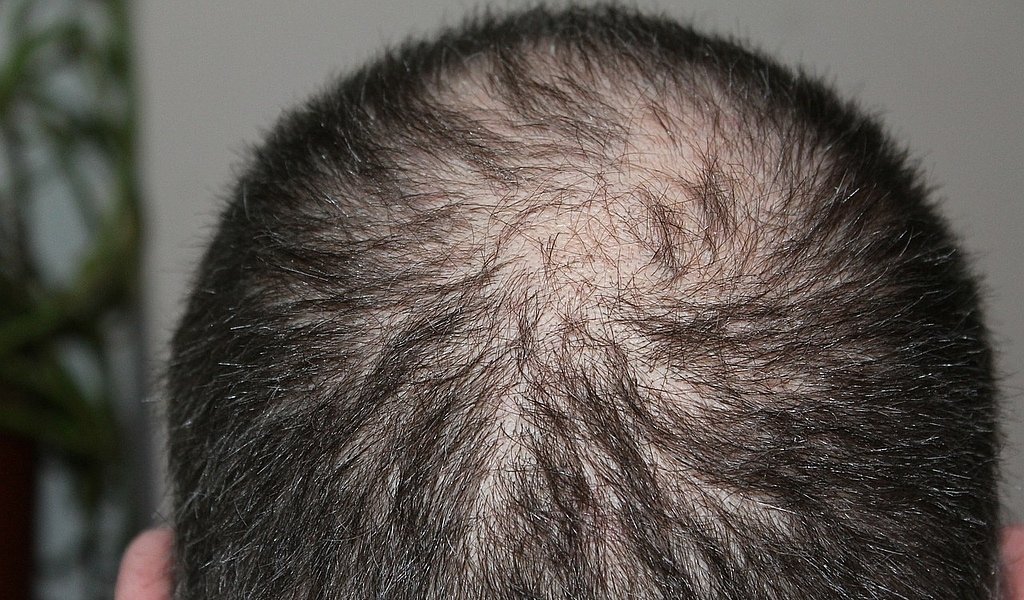 For most of the past, hair loss treatments have been shown to be ineffective, uncomfortable and/or expensive, and usually produce spotty results – but there may be hope on the horizon for men facing a future sans their hair. Recent research utilizing stem cells has seen amazing growth – both literally and scientifically – in the battle against baldness, putting a potential cure just years away.

Research conducted by Heather Christofk, Ph.D., and William Lowry, Ph.D. at the Eli and Edythe Broad Center of Regenerative Medicine and Stem Cell Research at UCLA has focused on targeting the stem cells in hair follicles to force additional growth. In the course of their studies, Christofk and Lowry discovered that the metabolism of the skin within hair follicles is different from that of other skin cells throughout the body.

They then used this new-found discovery to alter the metabolic pathways in mice using lactate, which is a metabolite, to cause additional hair growth.

The change in lactate production proved to be the key in controlling hair loss, sending Christofk and Lowry on the hunt for medications that can do what their genetic tests confirmed. They found two – RCGD423 and UK5099 – that are currently in pre-clinical trials.

Today, these drugs are in the earliest stages of the process, but their creators hope to see human use approved at some point in the near future.

For many men, losing hair can feel like a big blow to masculinity. While there’s nothing dangerous or damaging about a natural loss of hair, balding can often basically feel like a loss of identity, transforming you from a man with plenty of hair to a man with very little.

While the procedures currently being studied are likely a ways away from FDA approval, there are some temporary measures you can take now to delay the inevitable.

As science improves, so do the potential solutions for this common enemy that many guys share. These innovative alternatives are still years away from the mainstream market, but don’t give up hope – with time and future studies, you may be able to stimulate new hair growth yet. 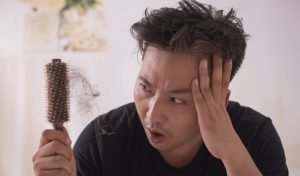 The Causes of Hair Loss in Men

Losing Hair at 25? Here’s What You Can Do About It 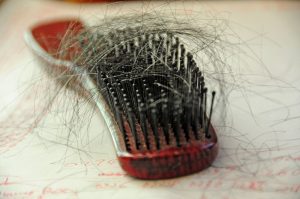 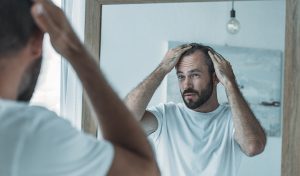 The Best Supplements for Hair Loss